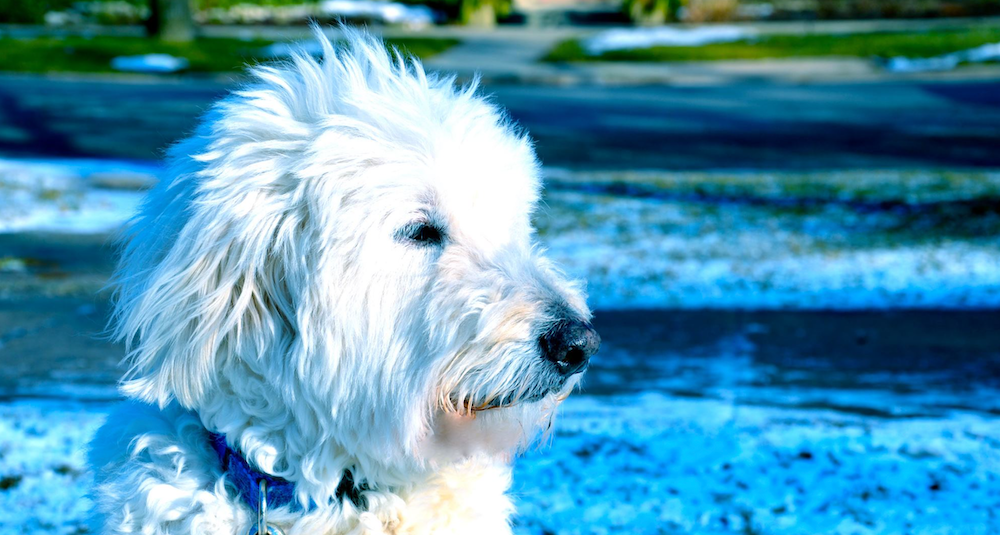 I received a phone call earlier this week from Ray, a long time client. He rarely calls between sessions so when I listened to his voicemail asking me to call him back, I knew there was something important happening in his life. When we eventually spoke, it was through tears he told me his dog had been very ill and, for the first time the prior evening, she had been unable to walk.

I’ve written about Ray before, a long time survivor of HIV and someone whose health has steadily declined during the 20 plus years he has been HIV positive. Now, he is mostly home-bound and his primary companion is his 7 year old terrier mix named Rosie. He describes her as quiet and loving, following Ray from room to room, sleeping on his bed each night.

By the time Ray and I spoke, Rosie was walking again, but Ray’s concern about her health remained. “I’m going to keep your business card by the phone,” he explained, “as a reminder to myself that if anything happens to Rosie, I can call you. I can’t even imagine being without her.”

After my conversation with Ray ended, I began to think of the many people I have worked with over the years whose lives have been changed as a result of their relationship with a dog. I’d like to be able to say that our work together was the primary source of change, but in my heart I know that their decision to bring a dog into their lives enabled us to work in therapy on a deeper level.

I don’t mean to imply that we weren’t progressing in therapy or that therapy wasn’t helping. In some instances, the work in therapy helped create space for a dog in the lives of my clients. In other instances, however, relationships with dogs helped create space in therapy for further work. Cal had lost his wife Cathy to breast cancer after several surgeries, rounds of chemotherapy, and periods of remission. They had no children and while Cal felt support from friends, he was still returning each day to his home alone. While filled with memories, his loneliness was profound.

“I’m 62 years old,” he told me one day several months after his wife was gone. “I was married for 40 years! I can’t imagine having another relationship in my life at this point. I don’t even know how to date!” Despite my efforts at supporting Cal’s process of grieving and being in the present, he consistently found himself focusing on the future. He didn’t only lose his wife, he also lost what he imagined the rest of his life would be like with them together.

We agreed that he’d try not to think about another relationship, but would instead focus on taking care of himself each day, reaching out to friends, and trying to allow his grieving process to unfold rather than trying to control it. This was somewhat helpful for Cal during the first year following his wife’s death, but as he began his second year without her, his hopelessness about the future was unmistakable.

Much earlier in our work together and while still married, Cal had mentioned that he and his wife were considering adopting a dog. He’d had a dog as a child but not as an adult. They were excited by the prospect of rescuing a dog from a shelter, but then his wife’s cancer took center stage and having a dog seemed overwhelming while she was receiving chemotherapy.

Bringing a Dog Into Your Life

I remembered these conversations we had about dogs and one day in therapy in the second year of Cal’s life without Cathy, I broached the subject with him. “I remember several years ago we talked about bringing a dog into your life. I know circumstances made this impossible then, but I wonder if you’ve thought about it at all now?”

Cal was quiet for several seconds. “I just can’t do it,” he said with sadness. “That was something I was going to do with Cathy, and I can’t think about doing it alone. Besides,” he continued, “how would I manage taking care of a dog by myself when I’m working and traveling?” I tried to validate the feelings that came up when he remembered his conversations with Cathy, and I also tried to very gently offer ideas about how single people manage having a dog in their lives.

The next time we met, Cal initiated the conversation about adopting a dog. “I haven’t stopped thinking about dogs since our last session. I even started looking at Petfinder and found this great rescue organization just outside of Chicago.” There was obvious excitement in his voice, and a hopefulness I’d not heard in a very long time. We spent a fair amount of time talking about the logistics of having a dog, but by the end of the session, it was clear Cal needed no encouragement from me to continue his search.

After a few weeks, Cal brought home a 4 year old cocker spaniel mix. He showed me pictures and went into great detail about all the work he’d done to bring “Vivian” into his home. He showed me pictures, told me stories about his dog-walking adventures, and shared more of his plans for himself and his new family member. “How did I not do this before?” he asked more to himself than to me. “I still miss Cathy, but for the first time in three years I’m focusing more on life than I am on death.”

Many other people with whom I have worked share similar life-changing experiences when bringing a canine companion into their homes.

• Randy struggled with alcoholism for years and was in and out of recovery. When he rescued a greyhound, he realized that he couldn’t take care of his dog if he was drunk. His drinking slowed and ultimately he achieved abstinence through regular AA attendance and his commitment to his dog.

• Steve and his partner Connor loved each other but couldn’t seem to achieve any kind of structure or organization in their lives. When they rescued their black lab from a Labrador Rescue, they created a schedule for walking and feeding him, which fostered their ability to create other structures in their lives around household tasks and bill payment.

• Anne was a survivor of childhood sexual abuse and rarely allowed others to care for her, fearing that opening herself to love meant also opening herself to pain and betrayal. When she adopted a dachshund mix and brought her to a session, the dog never left her lap nor did her eyes stray from Anne. Months later, Anne had made several new friends through taking her dog to the dog beach.

I’m never quite sure if therapy has paved the way for adoption or if adoption has paved the way for more meaningful therapy. Certainly, there is something that happens when we are required to meet the needs of a dog and when we experience the unconditional love a dog affords us. And when we are dealing with feelings of isolation, depression, or loneliness, a wagging welcome upon our return home reminds us we are not alone.

Many studies about the benefits of dogs or animal assisted therapy suggest that children with insecure or disorganized attachment, or children who have experienced sexual abuse, or adults with depression or anxiety benefit more from therapy dogs than they do from their interaction with friendly humans (Camp, 2008; Dietz, Davis, & Pennings, 2012). It comes as no surprise then, that people like Cal and Ray experience the benefits of attachment as a result of their relationships with their dogs.

Thanks to Ray, Cal, Randy, Steve, Connor, and Anne, as well as a significant number of my other clients who have adopted a dog while in therapy, I’ve changed what I ask new clients in the first few sessions of information gathering. In addition to the standard questions about history and family composition, I also ask new clients if they have any animals in their lives. For those people who do have animals, I have been amazed at how that question changes the tone of the meeting. People sit up. They look at me directly. There is some sense of connection simply because I’ve asked that question.

Despite my personal and professional experiences with dogs, I am careful not to advise or counsel anyone into making this kind of commitment. In writing about the extent to which dogs enhance our lives, I want to acknowledge the power of many animals to create the same outcomes I’ve described with dogs.

I have to confess that I’ve had dogs on my mind this past week, which has probably been the impetus for this post. Besides the usual amount of emotional space my three dogs occupy, this week marks a two year anniversary of the loss of a remarkable animal companion of my own.

My partner and I adopted Franklin, a three-legged poodle/retriever mix when he was 9 years old (named after FDR because of his disability). He had lost his leg just one month prior to our adopting him and after spending what the rescue organization thought was several months on the streets. The day we adopted him, he galumphed through the house and landed on the living room couch, announcing he’d finally come home. He quickly fell asleep with his head on my lap. I was lucky enough to have Frank in my life for just over two years before he died. While I’ve always had dogs, Franklin was a unique testament to resilience, an indomitable spirit, and unconditional love. My life was enriched and forever changed through sharing those years with him.

Animals like Franklin, Rosie, and Vivian allow us to give and receive love often in a less threatening manner than human beings can. For many of us, walking a dog connects us with other dog owners and animal lovers. Relationships are enhanced through loving dogs and dogs loving us can enhance our loving of ourselves.

I looked at the list of my clients and was surprised to find that over 75% of them have a dog. That can’t be a coincidence. 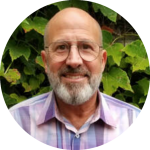 As a longtime lover of animals, Jeff believes in the incredible human-animal bond and the extent to which our relationships with our animal family members enhance the quality of our lives. As a licensed clinical social worker with a psychotherapy practice, Jeff offers individual grief support/counseling as well as groups for people who have lost an animal family member.