Infections in Dogs & Cats: How To Cure Naturally 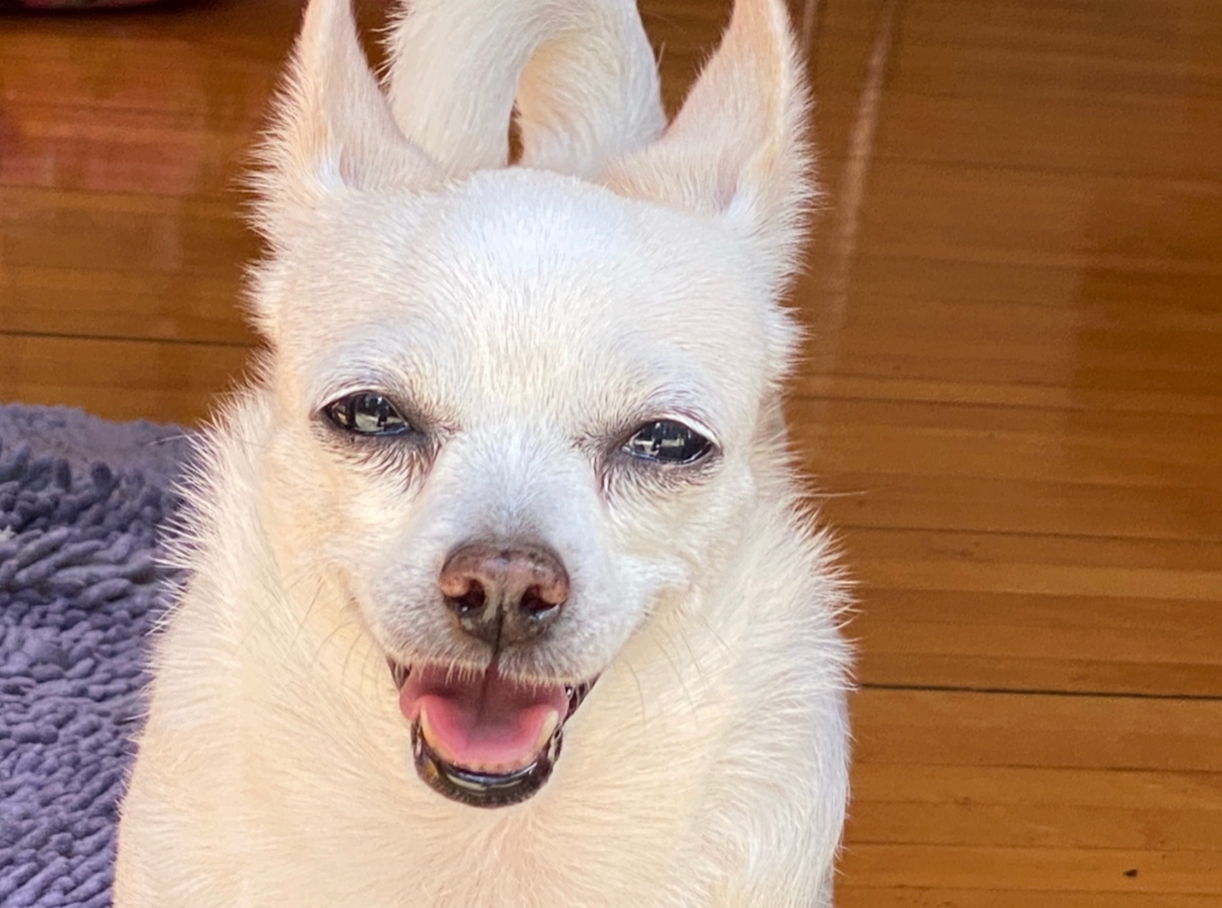 It started with a sniffle. I noticed Anabelle sounded congested one day. She seems to have some trouble breathing but did not seem in distress (that would’ve been a vet or ER visit, if severe enough). My mama bear instincts kicked in and I went to my mini-apothecary. What did I grab? Echinacea, Goldenseal and Manuka Honey. In one day, Anabelle’s symptoms were gone.

Today, we’ll cover how these natural products work and why they should be a part of your home apothecary, too.

Echinacea is an herb that’s been around for a very long time. The Plains Indians used it to heal and we were introduced to it in the late 1800’s by a traveling salesman named Joseph Meyer. The plant is called a purple coneflower and looks very much the part. It’s native to North America.

• A key “ingredient” is a natural phenol called echinacocide. Phenols control the activity of a range of enzymes and cell receptors in the body. Echinacocide is a natural antibiotic that’s broad-range like penicillin, killing various bacteria, viruses, fungi and even protozoa, responsible for a range of digestive disorders in our pets.

• Another ingredient in echinacea is echinacein, a neutralizer of the naturally occurring substance in the body called hyaluronidase. Some bacteria, like Staphylococcus aureus, Streptococcus pyogenes, and Clostridium perfringens, produce hyaluronidase as a means of using hyaluronan as a carbon source. So, neutralizing this is a pretty good idea to help protect against these bacterial invasions.

I’ve been using Echinacea for many years on myself, my family and my pets. It is a great tol in your kit at the first sign of infection and can help with as far ranging conditions, for humans and pets, as:

Being an advocate for our pet’s health means being a detective; noticing the details of their behavior and that includes the first signs they give you that they are physically “off.” That is when you begin giving echinacea as it boosts the immune system.

I like to pair it with Goldenseal, not in the same tincture as is made by some manufacturers, but in two separate tinctures, and I’ll tell you why. Echinacea can be taken several times a day, if needed. Goldenseal cannot. We do not take Goldenseal more than 3-4 times a day, as it can become toxic in the system after that. So, mixing them in the same tincture limits your ability to use the echinacea as often as needed, when your dog or cat is fighting something.

So, when you give echinacea, it’s only in response to symptoms it can help alleviate and only for the period of time needed to do that. Then, we stop and save it for the next time we need it.

Important Note: If you find your dog or cat has a reaction to the Echinacea, stop. Some may be sensitive to what’s called antigens in the herb, which means the pet’s body doesn’t recognize the echinacea ingredients as friendly and creates antibodies to fight it off, hence, an allergic reaction. Once you stop, the reaction goes away. Most dogs and cats will not experience this. Also, if your dog or cat has a disease that triggers an immune response but why isn’t known, Echinacea may aggravate this.

How To Give Echinacea

I use the tincture, preferably with glycerin as the base not alcohol. You can buy on Amazon or in Whole Foods.

Mix 12-20 drops in water and give 3 times daily until symptoms resolve.

Let’s look now at Goldenseal and why it is also a great choice for your natural health tool kit.

Goldenseal or Hydrastis Canadensis is a perennial herb commonly found in the deep woods from Vermont to Arkansas. It received its name from the golden-yellow scars on the base of the stem. When the stem is broken, the scar resembles a gold wax letter seal.

• Goldenseal is an antimicrobial, like Echinacea, but is also rich in alkaloids, which has anti-inflammatory properties, is an astringent, an anti-parasitic and stimulates the liver.

• Goldenseal contains the chemical berberine, which helps fight bacteria and fungi. For example, it can prevent the bacteria Escherchia coli (E. coli) from binding to urinary tract walls. Berberine also has properties that can lower blood pressure and improve irregular heartbeats.

• Goldenseal can be used to address digestive disorders, as it helps resolve inflammation in the gut and stimulates the appetite. I’ve used goldenseal myself for this purpose.

• It is used in ear and eye washes, for yeast infections, the common parasite Giardia, tapeworm, kennel cough, colds, flu, urinary tract infections, skin rashes, ulcers, wound infections, itching, eczema, I can go on and on!

How To Give Goldenseal

Again, I use the tincture, preferably a glycerin not alcohol base. Give 5-10 drops mixed in water per 20 lbs. of body weight and only give 2-3 times a day. Stop once you see symptoms resolve. Prolonged use of goldenseal is not advised and, as mentioned above, using too often and for too long can result in toxicity.

As an eyewash, you can add 10-20 drops to a saline solution and apply a few drops into the affected eye 2-3 times a day until resolved.

You can also use the dried herb boiled in water.

Do not use goldenseal in pregnant, newborn or hypoglycemic dogs.

The third healing substance I chose for Anabelle’s cold was medicinal quality Manuka honey. Manuka honey is made by the special bees in Australia and New Zealand by pollinating the flowers of the Manuka tree, also called Leptospermum scoparium. The components that make up Manuka honey make it a more powerful antimicrobial and antifungal.

• Honey, in general, is a wonderful food. It is antimicrobial, which means its antibacterial and antiviral, and it’s also antifungal, and this is because it naturally contains the powerful antiseptic, hydrogen peroxide. And, that’s just regular raw, unpasteurized honey.

• These ingredients allow Manuka honey to treat bacteria, viruses and fungi like:

• You can use Manuka Honey to treat or support everything from immune system support (hence my choice for Anabelle’s cold), skin infections and wounds, gut health, oral health (it has been shown to combat oral bacteria leading to bad breath and gingivitis), and more.

But, all Manuka Honey is not created equal. There is even a grading system to denote the more powerful healing properties in the honey. It’s called UMF or Unique Manuka Factor.

What you want to look for is a higher than 10+ MGO factor. Below that and the healing properties are not powerful enough to do the job we’re looking for. We use a Manuka with an MGO factor of 850+! It’s serious stuff, but you don’t need an MGO that high for it to work wonders.

I would let Anabelle lick a bunch off of my finger 3-4 times a day. She loves it; it takes like really nice…honey!

If you’re interested in buying the Manuka Honey we use, you can get it on Amazon. It is made by a company called Australia’s Manuka and it is cold extracted raw honey, which I recommend. This honey is crafted from the jellybush, found in the coastal forests of Byron Bay, Australia. This plant gets its name from the thick, gel-like quality of its honey, which contains both hydrogen peroxide releasing enzymes and the Unique Leptospermum Factor (ULF).

How To Feed Manuka Honey to Dogs & Cats

Start out with smaller amounts, increasing gradually. Like with any other very sweet food, do not feed to diabetic dogs or cats.

All this being said, if your dog or cat is very ill, ALWAYS go to the vet or emergency room. It is always better to be safe than sorry.

And, if you find your pet not responding to these natural protocols, have them checked out by your vet to make sure nothing more serious is going on.

As always…to their best health! 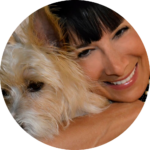 A 30+ year homeopathic healer in her personal life and a Certified Pet Homeopathic Educator, Jody helps pet parents learn how to naturally and
holistically heal their fur babies, so they will have gentle, powerful tools in their kit to avoid drugs when they can and help extend the lives of their pets. Her podcast, The Hound Healer, features interviews with experts in the health &amp; wellness for pets space. She was a blogger, radio host and fashion editor of Hampton’s Pet magazine in the pet fashion and rescue space with her brand, Bark & Swagger for several years, and still interviews designers, authors and activists on her podcast of the same name, which reaches over 250,000 on demand listeners. You can learn more about Jody’s philosophy of healing at: https://thehoundhealer.com/